What is environmental DNA?

Environmental DNA, commonly called eDNA, is DNA that is shed from organisms in the natural environment. Skin cells, mucus, urine, and feces all contain the signature DNA of the animal that shed them. Everywhere animals go, they leave a trail of eDNA behind. As a result, using cutting-edge genetics techniques we can sample eDNA in streams to determine, with confidence, whether fish species of interest were present upstream from the sample site, or were there within the week preceding the sampling event.

This requires having DNA from the target species, against which the sampled eDNA is compared in a laboratory. The DNA ‘library’ from target species in the Pacific Northwest is growing rapidly as eDNA becomes more widely used by researchers to better understand the distribution of fishes.

How do you determine with certainty what species are in a water system without disturbing them? In traditional surveys it is easy to simply overlook or miss individuals and the methods to increase your likelyhood of bringing an individual to hand (such as electro fishing) can be damaging to all the individuals in the area.

Environmental DNA allows you to non-invasively test for the presence or absence of any species with a high degree of accuracy, and compared to traditional approaches like electrofishing, snorkeling, or seining, eDNA is much more effective at determining the presence of rare or cryptic species.

Because the fieldwork simply requires filtering stream water, eDNA assessments are done without handling the target species – an important consideration when working with populations of threatened or endangered fish. It has revolutionized researchers’ ability to understand fish species distribution at the landscape-scale.

Understanding where threatened and endangered fish live is fundamental to efforts to effectively protect and restore the habitats they rely upon. This, along with hatchery and harvest reform, provides a recipe for recovery.

In this video, Project Manager and Field Biologist Mary Lou White and Biologist Colleen McGee documented their collection of eDNA in the Tolt River over the course of a year.
Since 2015 Wild Fish Conservancy has been using eDNA in a variety of projects throughout Washington. With this powerful tool we are also searching for previously undocumented bull trout populations in Olympic Peninsula headwaters and Wenatchee wilderness tributaries, and mapping fish distribution in San Juan County watersheds.
Wild Fish Conservancy partners with the US Forest Service’s Rocky Mountain Research Station to complete eDNA laboratory analyses of water samples from watersheds throughout Puget Sound. These species of interest range from endangered salmonids and salmon indicator species to sculpin and other common aquatic species.

Current results from our eDNA fieldwork are publicly available in our interactive web map.
See the Map Beaver Dam Analogs are simple artificial structures designed to mimic the form and function of natural beaver dams. They are built into existing wetlands and channels to encourage channel rejuvenation and support beaver reintroduction. 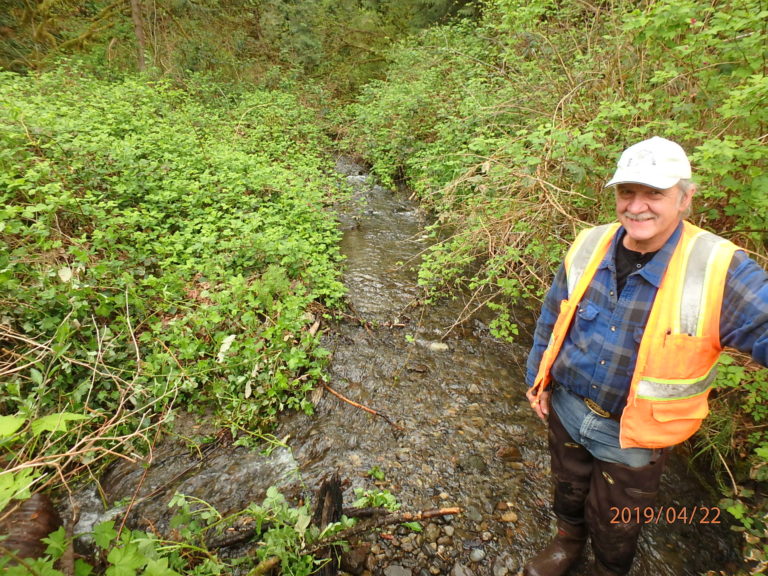 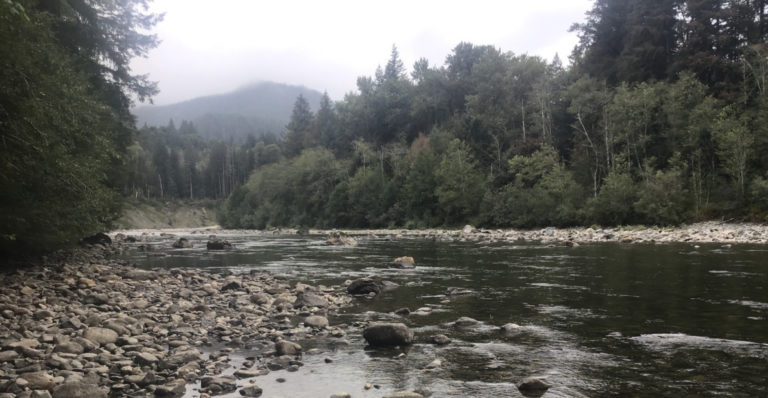 Wild Fish Conservancy worked with an environmental engineering firm to assess the feasibility of large wood (LWD) supplementation in the Snoqualmie River from its confluence with the Tolt River, downstream to Harris Creek near Chinook Bend Natural Area (River Mile 21-25). The assessment laid the foundation for conceptual designs that will detail instream LWD treatments in the Chinook Bend -Tolt reach of the Snoqualmie River. Public outreach was conducted to assess recreational boater usage in a 4-mile reach of the Snoqualmie River that is critical salmon habitat. The information gained from the public outreach was used to inform the design of conceptual Large Woody Debris (LWD) habitat restoration treatments in the reach.